After being involved in long term discussions on a new Variable Stability/In-Flight Simulator aircraft, I was tasked to produce the top-level specification write-up. The final document describes the required technical specifications for a fighter-type VSS from degrees of freedom to safety system, modes of operation and desired performance criteria. The spec document is going to serve as guideline for a feasibility and cost study. 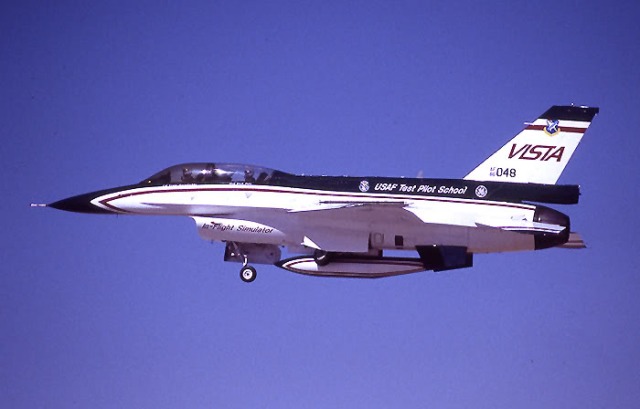 The F-16 VISTA shown in the image above has been by far the most impressive In-Flight simulator ever built. However, the problems it has been experiencing have been multiplied and it is scheduled to get retired in few years, currently with no planned replacement.

Projects like this are fun, as long as you have an appreciation of what it takes to complete them and you are willing to make the effort, pay the cost and take the risk they require.