The Excess Force Mass Acceleration (EFMA) Flight Test Technique and Evaluation Method calculates the drag polar and the propulsive tangential force for an aircraft without requiring any engine thrust information or extensive instrumentation. The EFMA method was initially developed and evaluated in a collaborative effort between USAF TPS, German WTD61 and EADS Germany in 2001, however very limited documentation was available on the method in the flight test community. The present paper revisits the EFMA method providing a deeper insight in the theory behind it and re-derives the describing equations using minimum approximations. The method’s individual steps are finally presented in a form convenient for application. 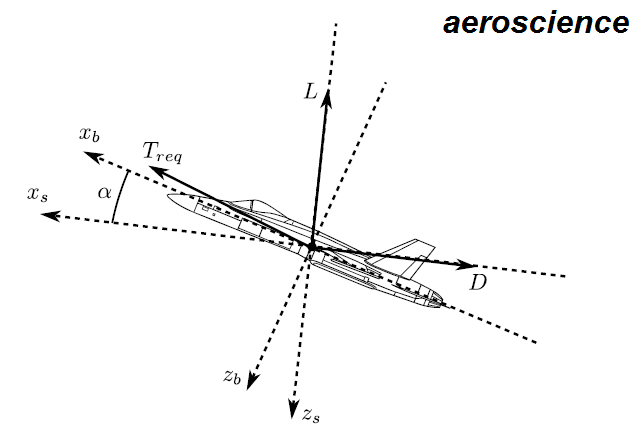 Fig: Aerodynamic and propulsive forces during a dynamic manoeuvre.